Connect map to a database | Documentation

One of the advantages of our interactive maps is that they are dynamic. You can easily update them using JavaScript commands. This allows the map to respond to events on the webpage such as toggling locations.

You can use a similar approach to populate the map with information stored in a database. For example, we use our US County Map to visualize unemployment data from the Federal Reserve. It updates itself automatically as new figures are released by the Fed. 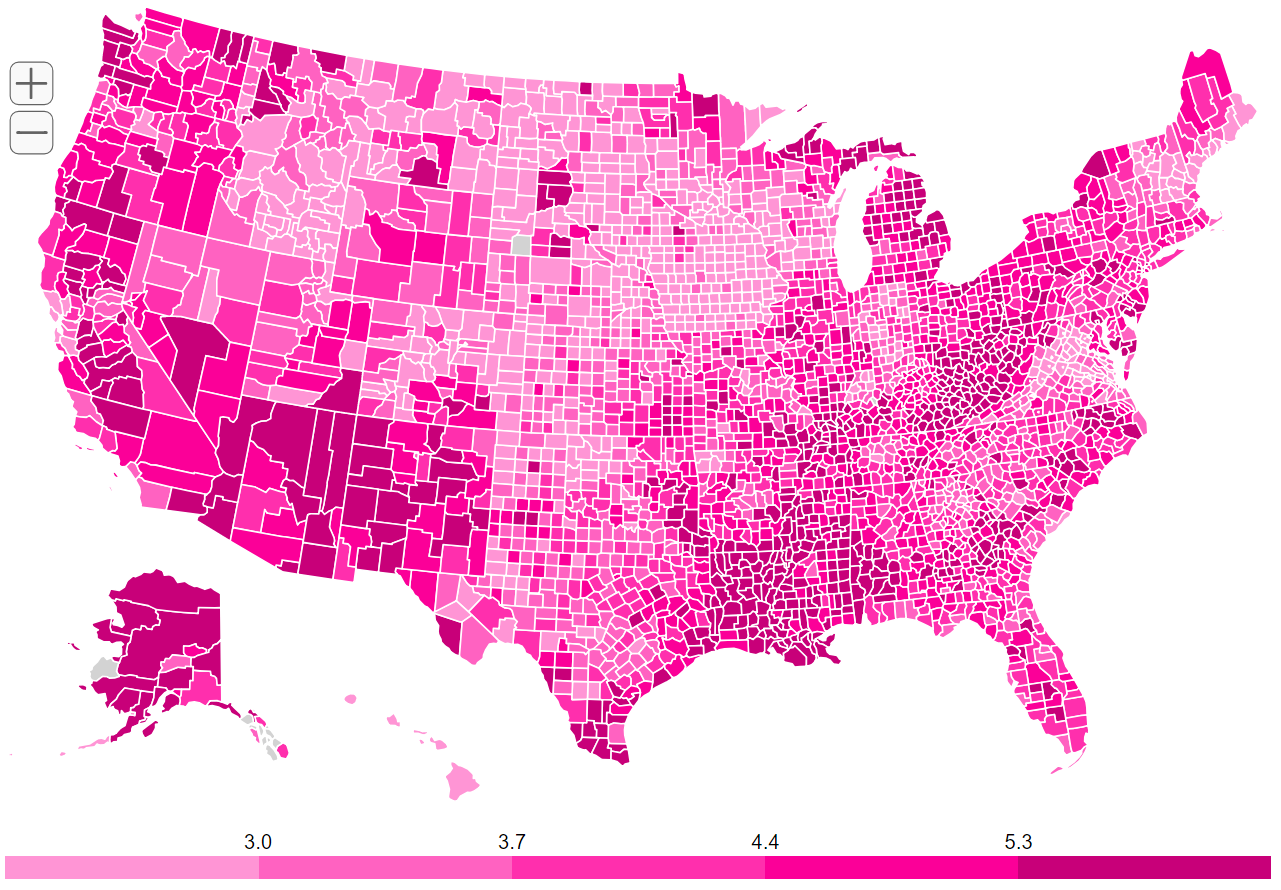 This tutorial will walk you through a simple example demonstrating how data in a database can be incorporated into your map. We'll start with a blank US map and populate it with a city from our database.